For as long as I can remember I've loved to watch the NFL. My favorite team has changed many times in nearly 50 years. Way back when, I was a fan of the Miami Dolphins, mostly because my parents bought me a t-shirt with their logo on it. Then I  got stuff with the Atlanta Falcons logo on it and just like that, I switched teams. Over the years I have rooted for many teams for many different reasons. I once was a fan of the Steelers, the Redskins, and the Raiders. Other teams that meant something to me were the Packers, Panthers, Rams, Chargers, 49ers (Joe Montana years). I am sure I am forgetting a team or two.

I played flag football where the Transylvania County Library now stands, when I was in elementary school. In eighth grade, I rode the bus from Brevard Middle School to Brevard High School, where I played 9th grade ball. Actually I was a scrub. I think I played two plays in one game at the end of that season. I was picked on a lot that year by the older players. But I stuck with it. I didn't give up because I was chasing a dream.

In ninth grade, things changed. I became a starter, much to the dismay of the head football coach, who I never thought liked me very much. I have to say the feeling was mutual. He was kind of a dick. I played center and nose guard. I think the only reason I was made starter was because I went full speed all the time, even in practice. My fellow players even encouraged me to ease up. But that was not part of my personality, not then, and not now. I was there to hurt people and prove a point. I belonged. This was my dream and no one was going to tell me I couldn't do it. My dream was becoming a reality. In tenth grade, I played JV as starter again and I started dreaming of varsity and all the glory to come. But it wasn't to be. In both 11 and 12 grade I got sick and missed camp, ending my high school football dreams. If you missed camp, you didn't get to play.

But I wasn't completely ready to give up. After two years at Brevard College (they had no football team back then), I transferred to Appalachian State University. I once again began to dream of football glory. I showed up the first day of open tryouts. But instead of trying out, I walked away. I took one look at the guys I'd be going up against and I knew I didn't stand a chance. Dreams sometimes die hard. I'm not one to give up completely. 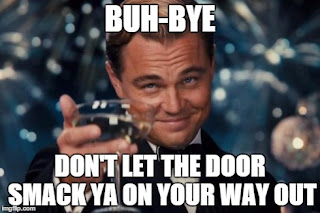 All this time I stayed a fan of the NFL. I kept dreaming, but now I was going to have to live the dreams through those that played in the big leagues. Football to me has always been about competitiveness. It was a true test of a man's ability to outwit, outrun, and outlast his opponents. Yes, it is a team sport, but a team is made up of many individuals, and teams are only as good as their weakest player. I always enjoyed watching the drama of the game. The unbelievable 4th quarter comebacks, the agony of defeat. The underdog finally getting his day. It was all great fun to watch.

But lately the focus is less on sport and more on making a statement. I'm not going to beat this point into the ground. Many people have come out supporting either side of the recent political statements that many players and teams have made. No, I'm not going to add much more to what's been said, except that I'm done. When I can't enjoy watching a sport without political statements being crammed down my throat, and clear disrespect is being demonstrated toward my flag, national anthem and country, I am done.

So buh-bye National Football League. Buh-bye to the players who forgot just how special this game is to so many. Buh-bye to the coaches, team and organizations that won't put a stop to the stupidity. A lot of you are overpaid, whining mama's boys that are not worthy of the uniform. You've taken the dream that so many of us have had and spit on it. I'm sure my leaving you behind will have zero effect on your ability to continue playing this game. But maybe if those of us who are sick of your displays will tune you out and turn you off, maybe the sponsors will take notice and stop spending their money, which pays your salaries, on you children. Maybe then you'll remember who it is that you are playing for.

Without the fans, you boys will have to go find real jobs. Then maybe that will put your life into perspective. Because let me tell you, you know nothing about the real world. You sheltered little sissies wouldn't stand a chance in the 9-5 work week.

So go on protest all you want about inequality. But when you do, you need to think long and hard about those fat paychecks that may just go away. You want to protest inequality, start by looking at your own life compared to the rest of us. You have nothing in common with 99% of your fans. We know what real struggle is all about. You all don't have a clue.
Labels: Buh-bye fans inequality NFL Protests Teams 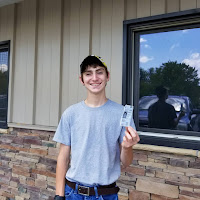